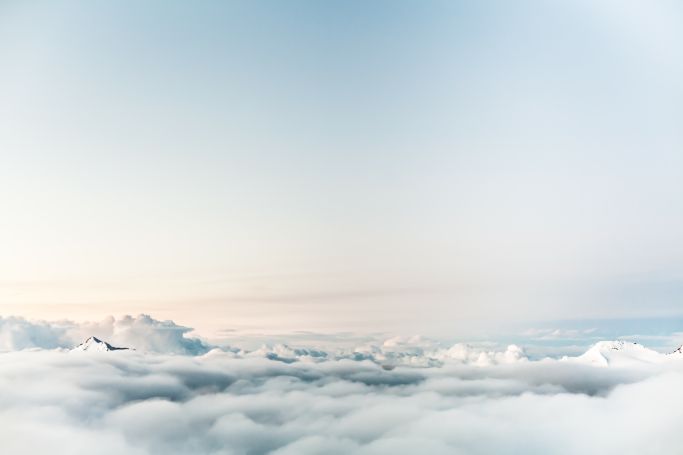 Increasingly businesses are focused on reducing their own greenhouse-gas (GHG) emissions. At the climate change summit in Paris last December, 114 companies pledged to reduce these in line with the goal of keeping the global temperature rise below 2°C – the threshold that most scientists agree would trigger abrupt climate change.

More than 170 companies, including H&M, Renault and Société Générale, have joined the Science Based Targets initiative, set up by WWF, CDP, the World Resources Institute (WRI) and UN Global Compact to encourage businesses to cut emissions. By July, 18 had set targets consistent with the Paris temperature cap.

This action chimes with the 13th UN sustainable development goal (SDG) and the need to take urgent action to combat climate change and its impacts. Targets focus on resilience and adaptation as well as mitigation, support to developing countries, education and awareness and ensuring governmental processes take account of climate change.

Reducing emissions
Video calling and e-communications are seen as effective ways to reduce the impacts of paper manufacturing and travel, but datacentres use huge amounts of energy to run and cool servers. Technology companies are addressing this by investing in renewable energy to power datacentres. In 2015, Apple announced plans to invest €1.7bn in two European datacentres powered by renewables. Planning permission is being sought in Ireland, while construction on a centre in Denmark is expected to start this year. Meanwhile, Samsung is helping its customers use less energy, with a 42% improvement in product power efficiency across its range since 2008: smart TVs have made 44% energy savings and air conditioners are 75% more efficient.

Individual professionals are taking action to cut their emissions, with symbolic as well as practical impacts. To help achieve this, since October 2015 academics in 12 countries have been petitioning universities and professional bodies to reduce flying to attend conferences.

Adaptation, risk and resilience
Adaptation and resilience are increasingly important. According to the independent Committee on Climate Change, UK annual non-residential costs from flooding stand at around £800m and are expected to be £1bn by the 2050s. It also forecast that, in the 2040s, half of all summers would be as hot as that in 2003, when temperatures across Europe soared and caused business losses of almost £500m.

Customers and employees may be affected by extreme weather and supply chains may be cut. Zurich Insurance Group established its global flood resilience programme in 2013 to share its skills and experience with wider society. Linda Freiner, group head of corporate responsibility, says: ‘Risk management is something we have expertise in, and we are at the front line in seeing the impacts of extreme weather and changes in climate patterns.’ Her advice to companies is to begin with a systematic risk assessment, encompassing short- and long-term exposures and the effects floods and other extreme weather would have on their business. Look beyond your own locations, into your supply chain, and the impact on employees and customers.

Money and climate action
Many investors, including the Environment Agency Pension Fund (EAPF), have signed up to the Montréal Carbon Pledge, committing to measure and publicly disclose the carbon footprint of their investment portfolios each year. The EAPF has gone even further. Faith Ward, chief responsible investment officer and a PIEMA, says the body believes that considering climate risk forms part of its legal duties in managing the fund. In October 2015, the EAPF set goals to decarbonise the fund: disinvesting from coal (by 90%), oil and gas (by 50%); investing in climate mitigation (15% of the fund); and actively engaging with others in the investment industry to support progress to a low-carbon economy. The fund is two-thirds towards its coal target, and ahead on oil and gas.

‘Ask yourself what your own pension fund is doing to manage climate risk,’ says Ward. ‘It’s about looking at resilience in supply chains and positive investment in companies providing solutions, not just focusing on a few fossil fuel companies. You may well be able to help in applying your skills and knowledge to assist those managing funds.’

The financial context for climate action is hugely influenced by what the government does. Increasingly, the lobbying voice of mainstream corporations backs more action. Some companies have spoken out, supporting the Fossil Fuel Subsidy Reform Communiqué, which in November 2015 called on the international community to increase efforts to phase out subsidies to fossil fuels. Aviva’s group chief executive officer, Mark Wilson, who signed the communiqué on behalf of the insurance firm, said: ‘Climate change is arguably the world’s most critical contemporary market failure. It has significant consequences for people, the planet and the profitability of a broad range of companies – including insurers. Fossil fuel subsidies fan the flames of this market failure. We believe the subsidies should be phased out as soon as possible.’

Resilience
For UK-based assets and suppliers, the evidence report of the Climate Change Risk Assessment 2017 which covers priorities for the next five years.

Life on land
The goal is to protect, restore and promote sustainable use of terrestrial ecosystems, manage forests sustainably, combat desertification, and halt and reverse land degradation, and halt biodiversity loss.

Targets relate to ecosystems ranging from mountains, drylands, forests and deserts to wetlands. The goal also covers endangered species and poaching, and invasive alien species. On the governance side, targets have been set for fairly sharing the benefits of using genetic resources, and to mobilise the financial resources and improve planning and poverty-reduction strategies so that these take account of ecosystem and biodiversity values.

Protecting ecosystems
Companies in the cocoa supply chain have been making moves to protect biodiversity in this way. One of these is Mondelez, the world’s largest chocolate producer, whose brands include Cadbury’s Dairy Milk and Oreo. In partnership with the UN and the government of Côte d’Ivoire, Mondelez is working with up to 26,000 smallholder farmers to help meet the country’s ambitious target of zero net deforestation from cocoa growing through its Cocoa Life programme.

Jonathan Horrell, international director of sustainability at Mondelez, says: ‘Farmers are trained on good agricultural and environmental practices. This is critical to increase their productivity on the same area of land and reduces the incentive to clear rainforest for other uses.

‘Further, together with UNDP and the Forestry Commission, we have provided 787,000 economic tree seedlings to more than 9,600 cocoa farmers since 2014. Planting shade trees achieves farm income diversification and helps to conserve biodiversity.’

Nestlé is also changing practices to secure long-term supplies of cocoa and protect ecosystems through its Cocoa Plan. The target, set in 2010, is for no deforestation in the company’s supply chains by 2020. Farmers’ incomes are being raised through higher-yielding cocoa plants and training. In Ecuador, farmers are being supported to diversify into agritourism alongside cocoa production.

Nestlé is part of the Initiative for Sustainable Landscapes, convened by the IDH, a sustainable trade collaboration based in the Netherlands. Action by individual smallholders, government bodies and multinationals is needed to protect ecosystems through collaboration at the landscape level. Pollinators, rivers and soil do not recognise the boundaries of supply chains.

Cocoa is not the only ‘soft commodity’ that depends on healthy, functioning ecosystems. In 2010, the board of the Consumer Goods Forum, whose members encompass retailers and manufacturers, passed a resolution to achieve zero net deforestation by 2020, with a particular focus on palm oil, soy, beef, paper and pulp.

In the finance sector, businesses are developing products to support investment in conservation and income streams for people through sustainable use of resources. Fabian Huwyler, a member of the sustainability affairs team at Credit Suisse, describes how the company’s products, such as Nature Conservation Notes, can help: ‘They allow investors to support nature conservation in developing countries and economic development for their local communities through the conservation-related revenues, like the sale of sustainable commodities or ecotourism, generated by the financed projects.’

There are sector-wide initiatives too. The Soft Commodities Compact, for example, aims to finance the transformation of supply chains so that companies can meet their zero net deforestation targets.

Goal 15 also covers individual species and organisms, such as those poached from the wild and trafficked. United for Wildlife is a coalition of conservation organisations convened by the Royal Foundation. In March 2016, companies in the transport and logistics sector (including China Shipping Company, Dubai-based ports operator DP World, Stena Line UK and Qantas) signed the Buckingham Palace Declaration to crack down on the illegal wildlife trade. The declaration is open to additional signatories from the transport and logistics sector.

Making a start
The Natural Capital Protocol offers a standardised way of identifying, measuring and giving a value to the impacts an organisation or supply chain has on natural capital, and how it depends on biodiversity and ecosystems services, such as flood defence, climate regulation, pollination and recreation (bit.ly/29MRq4Q). The protocol was launched in July 2016.

A corporate ecosystems services review is another approach to understanding dependencies and impacts. Developed by the World Resources Institute, the WBCSD and others, and tested by firms including paint and chemicals business AkzoNobel, Dubai-based ports operator DP World, Swiss agribusiness Syngenta and mining firm Rio Tinto, the tool has been used by an estimated 300 companies since 2008 (bit.ly/2bx0XOv).

Looking specifically at biodiversity offsetting, Forest Trends’ Business and Biodiversity Offsets Programme aims to test and monitor the use of the standard (bit.ly/2buRkgC). It is a global collaboration between more than 75 companies (such as cement business Cemex, energy firm Électricité de France and consultancy Arup), financial institutions (such as the European Bank for Reconstruction and Development), government agencies (including Defra) and civil society organisations.