Renewables could account for three-quarters of UK power by 2050 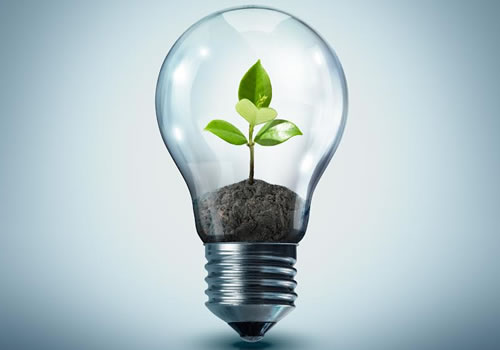 More than three-quarters of the UK’s power needs could be met by renewable sources by 2050, with ‘green hydrogen’ playing a key role in the country’s energy transition.

That is according to a new report from the trade association RenewableUK, which sets out a wide-ranging vision of how the UK’s energy system is set to change over the next three decades.
It outlines how a net-zero system would see low-cost wind energy capacity grow six-fold by 2050, attracting tens of billions in investment, alongside other renewable sources like solar and innovative floating wind and marine energy. In total, RenewableUK said that renewables could meet 76% of the UK’s power needs, with storage growing exponentially as batteries and other forms of storage scale up to ensure our power supplies remain balanced at all times.

The report also highlights “huge potential” for green hydrogen – hydrogen produced using renewable electricity – and explains how a mix of high renewable energy capacity and strong climate change policies mean that this is likely to become cost competitive in the UK faster than in other parts of the world.

“This is an incredibly exciting time for the energy sector,” said RenewableUK chief economist Marina Valls. “Renewable energy sources are penetrating the global energy markets faster than anyone expected, and generating power cheaper than fossil fuels sooner than anyone predicted. We’re entering an era of rapid technological change as we move closer towards total decarbonisation, using an even wider range of technologies such as renewable hydrogen alongside more wind, solar, battery storage and – crucially – people participating far more proactively in the way our modern energy system operates, making it more flexible.”

With the right policies in place, RenewableUK’s modelling found that Britain’s offshore wind industry can attract £54bn in private investment to quadruple capacity to 40 gigawatts (GW) by 2030 which will provide more than one-third of the country’s electricity, and grow further to 90GW by 2050. Additional growth of onshore wind to 26GW by 2030 means the UK’s overall wind capacity can grow to 66GW by the end of this decade, providing more than half the UK’s power. The report sets out a series of recommendations to government, such as holding annual auctions for contracts for large-scale renewable generators to provide low-cost power, rather than every two years, and targeting support specifically at innovative technologies.

“Our members are delivering innovative, low-cost, practical solutions in the battle against climate change which remains a long-term threat to our way of life,” Valls continued. “In the world we are trying to build, the transition to a modern energy system ultimately means two things: reduced emissions and reduced energy bills for households.”